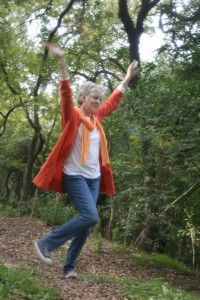 Yippee!  I’ve figured out how to post new songs on YouTube!   And more to come…  You can check out my channel here:

“Santa, Won’t You Bring Me a Valentine?”  – A little background 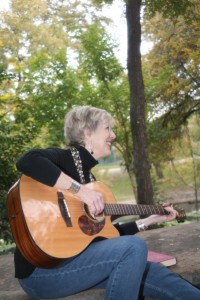 A few years ago, listening to all the seasonal Christmas songs that seem to start around mid-September these days, I came to several conclusions.  One, there’s entirely too much Christmas music out there.  Two, I ought to add something to the pile.  So I asked myself what any songwriter would: can I write that shamelessly commercial Christmas song that becomes the “new classic” and drives everyone crazy as elevator music forevermore?

It occurred to me that cramming two holidays into one song was a novel idea.  And what else does any gal want for Christmas but… love?  So, why not ask for that valentine now?  Why wait ’til February?

And a new classic (in waiting) was born.  The next thing I know, I was getting a phone call from a contest I’d entered.  As usual, I’d forgotten all about it, figuring since my music doesn’t sound like the usual pop, no one would pay any attention.

Then the call came, telling me I’d won.  Won the “Special Category”, first place, out of about 300 entrants in the Great American Song Contest.  Of course, where else would I belong but some “special” category?

Winning anything is nice.  Rare.  Nice.

And now my “special” song is also a video.  It scripted itself, since the song was written to tell the story of a love-sick woman who makes increasingly desperate pleas to Santa to bring her what she wants.  She strikes a nice little bargain in the end.

My friend and collaborator, professional photographer and artist Lisa Shackelford, and I had a grand time putting this together.  Doing a crazed city-wide search for mistletoe, we came down to the wire, not a sprig of any kind to be found.  Then a last ditch idea turned up one place that had some, but they were closing in 15 minutes and we were 20 minutes away.

On a mission for God (the video actually does support an orphanage…), we rounded corners on two wheels, christening ourselves the Blues Sisters on the way.  Not exactly chased by dozens of troopers, I’m happy to say, but bursting through the doors, breathless and wild-eyed, demanding our treasure.

So look – and listen – for the mistletoe.  It wasn’t easy.

And after all that… come on, download “Santa”, won’t you?

It’s for the orphans. 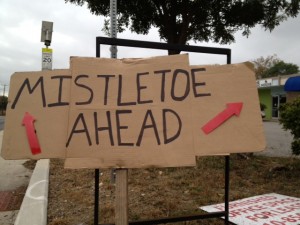 After spending half a day searching for mistletoe with all the hard focus of Zero Dark Thirty two weeks ago, this was the sight yesterday – not a block from where I live!